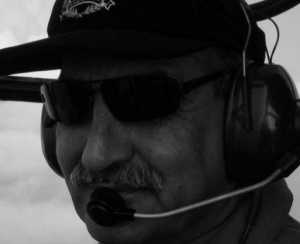 Brigadier Zaka Ullah Bhangoo (1948–2007) was a Pakistan Army aviator and one-star general who, after his retirement, became involved in flying microlight aircraft. He was killed in a light plane crash in Turkey in May 2007 while attempting a flight from the United Kingdom to Pakistan.

In 2001, he and a co-pilot (Brigadier General Ajab Khan) planned to fly an ultralight aircraft around the world in 80 days. The plane was a US-made Star Streak aircraft with a top speed of 209 km/h (130 mph).[1] The flight did not ultimately take place due to logistical and diplomatic difficulties.[2]

In 2007, he was piloting a light plane with an English friend, Mick Newman, on a flight from the United Kingdom to Pakistan. The pair had set off in a twin-seater Sky Arrow 650T microlight from Trabzon in Turkey but crashed 30 miles (48 km) south of the city on 13 May 2007. After the crash, The Daily Telegraph reported that Osman Güneş, the Turkish interior minister, claimed that the pair were being trailed by the MİT, Turkey’s intelligence organization.[3]

A proud Gallian cum Piffer from 38 th PMA Long Course, Brigadier Zaka Ullah Bhangoo lost his life on 13″‘ May 2007 in the mountainous region on the Turkish-Iranian border in an Ultra Light Aircraft while flying from UK to Pakistan. Bhangoo was truly ‘The Pride of Pakistan Army Aviation” and demonstrated an excellent combination of sterling qualities. He was an icon of integrity, honesty, professional competence, comradeship, leadership and boldness. A gentleman to the core who was an affectionate father, a reliable friend, a responsible colleague, a superb flying instructor, bold, brave and a proud regimental soldier, above all an excellent human being. He will be missed for a long time but like a true legend he leaves behind a blazing trail which makes Pakistan Army Aviation proud and tall.

Brigadier Bhangoo was at Lawrence College from 19xx-1967., x House.

He was a proud member of the ‘5000 Hour Flying Club’ of Pakistan Army Aviation.