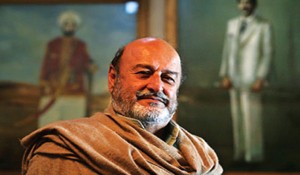 Mumtaz Ali Bhutto was born on 28 November 1933 in the village of Pir Bux Bhutto, Larkana District, Sindh, British Raj. Before partition his father Nawab Nabi Bux Khan Bhutto was a member of the legislative assembly, and had strong political background.

Bhutto attended St George’s College in Mussoorie and then Lawrence College, Murree, after independence of Pakistan. He got his ‘barrister’ degree from Lincoln’s Inn, and undergraduate and ‘master’s degrees in 1959 from Oxford University in the United Kingdom.

Bhutto became a member of the National Assembly at the age of 32 years on 5 March 1965. When he and his cousin Zulfikar Ali Bhutto announced for a new political party ‘Pakistan Peoples Party’ PPP on 30 March 1967, he also became the founding member and principal executive committee member of the party. He and his cousin Zulfikar Ali Bhutto fought the election of 17 March 1970 against Muhammad Ayub Khuhro and Qazi Fazlullah Ubaidullah. He got a victory against Qazi Fazalullah.

As a Chief Minister he announced Sindhi language as the official language of the Province. Sindhi Language Bill, 1972 was introduced by the Chief Minister Mumtaz Bhutto on July 3, 1972 in the Sindh Assembly, Pakistan. The 1972 Language violence in Sindh occurred starting on July 7, 1972 when the Sindh Assembly passed the The Sind Teaching, Promotion and Use of Sindhi Language Bill, 1972 which established Sindhi language as the sole official language of the province resulting in language violence in Sindh. Due to the clashes, Prime Minister Zulfikar Ali Bhutto compromised and announced that Urdu and Sindhi will both be official languages of Sindh. The making of Sindhi as an equal language to Urdu for official purposes frustrated the Urdu-speaking people as they did not speak the Sindhi language. On 7 March 1977 he won a National Assembly seat and became a Federal Minister. In the year of 1977 his cousin nominated him as a president of “PPP.Sindh”. He was arrested during the struggle against the arrest of his cousin, and then exiled by General Zia’s government. On 31 March 1985 he announced for a new political Alliance named “Sindhi Baloch Pashtun Front” at London to propagate ethnic nationalism in Pakistan. He also announced support for a new constitutional framework for Pakistan as a weak federation. He became the convenor of the alliance for Pakistan, returned to Pakistan and once again arrested by the military government of Zia. On 31 March 1989 he called the workers convention at Hyderabad Sindh and announced a new political party named ‘Sindh National Front’ S.N.F. He was elected to a seat in the provincial assembly from Larkana on 6 October 1993. On 6 November 1996 he became the Chief Minister of Sindh. Now he is the Chairman of S.N.F, which is the largest ethnic nationalist party of Sindh, and also the Chief of the ‘Bhutto’ community of Pakistan.

Mumtaz Bhutto has been a critic of Asif Ali Zardari who he accuses of corruption and usurping the Pakistan Peoples Party by the using the Bhutto family name to gain power.